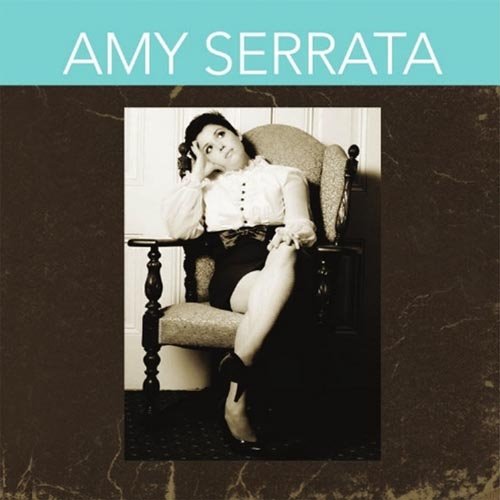 Today we are shining that Soulified spotlight on the singer/songwriter Amy Serrata.  She is new to the scene, but is coming with force.  Last November she released her self titled debut album “Amy Serrata”.  Her singing talents gathered a lot of their strength from her gospel choir background.  This choir training, has given her the ability control the octaves, range and pitch of her voice, much like an athlete controls their body.

Now this is her debut album and it’s pretty good.  When I first listened to the album, I was trying understand the placement of the first few songs.  That’s when I took a minute to think, and understand.  Yes, Amy Serrata is a Soul singer, but that gives her a wide latitude to express herself.  Her voice lends a quality to Soul, that just pops.  To best describe this quality, would be to say that her voice is wisps of smoke that are moved by subtle changes in the environment.  The wisps still have the ability to rise, uplift and move.

As I pictured this, and listened further to the album, it clicked.  Her voice can easily match some of the best out there, but she is being restrained by the music.  She can sing acapella, and I’ll be there with my arm stretched out and holding a lighter. :)  Once she has her own band, they become cohesive in style, vide and focus, she is going to be unreal.  Picture Yazarah on her song “Four Alarm Fire” on her recent “The Prelude” EP.

My favorite songs of the album that really show me what’s possible are “Lets”, “Teach Me”, and “In My Garden”.   The first “Lets” is upbeat, quirky enough, and I love the flute.  It keeps it simple to give her voice a chance to shine.  Second is “Teach Me”, which is the Soul that most can recognize very easily.  A touch of funk, and solid vocals really help this one go over the top.  “In My Garden” is just Pure Amy Serrata.  Nothing to mask her voice, no over powering instruments, just Amy.

I was very please with the album, and very anxious to hear future music that she creates.  For a debut album, it’s very solid and shows the audience  glimpses of the possibilities.  This thirteen song album is available on iTunes and Amazon.  Enjoy.

Below we have her first single from the album, “Rooted”, and  clip form her Video Blog.