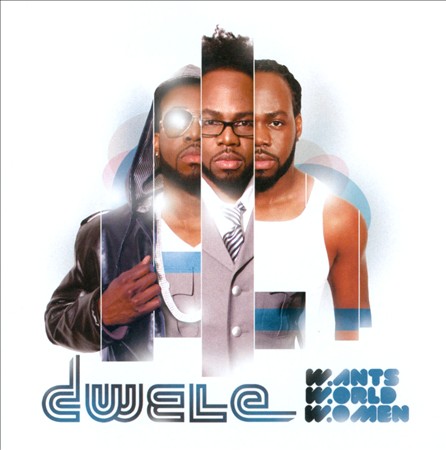 Whats super dope about this entire album is how it seamlessly feels like 3 albums in one the way he’s splits each title name (Wants, World, Women) with the interlude first, then the songs that represent that specific title just as his super dope commercial’s did to hype the album. And I guarantee yall wont be skipping over these interludes like know we all usually do because they’re straight up dope! W.ants (1-6) are all about just that…Dwele’s wants in which he hits us with a full dope list in the very first track I Wish. The shocker track of this whoooooooooole album is Dodgin Your Phone featuring David Banner which we all heard a snippet of in his W.ants commercial. It’s a shocker to me because it’s nothing like what I expected from a David Banner track and most of all… Dwele spits on the track! Yes Dwele raps and he does one hell of a f*^%king job at it yall! Had me hella impressed and it comes out of know where when the beat all of sudden switches Timbaland style. I was sitting here looking at the track list features again thinking it was one of the many Detroit rappers that he’s friends with but at the very end of the track Dwele confirms that it is him in his last bar with mucho swag. Mad props to Dwele on this!

W.orld (8-11) are all about the current political situations were dealing with these days. The tracks are very reminiscent of Marvin Gaye’s views with “Whats Going On” especially in How I Deal and My People. My people is probably the one I have on repeat the most on my I Pod touch and I find myself through out the day humming and scatting the melody just like Dwele himself. lol

W.omen (13-18) is self explanatory. Dwele slows it down for us and focus’s on the ladies. I Understand is probably my favorite out of that selection and was one of the song featured in his W.omen commercial. I Wanna featuring Dj Quick was another shocker too me. I’d never expect those two to make a track together or even know each other but it’s very well put together with that classic funky Dj Quick production he’s know for with some witty bar’s to go with it. With that said enjoy the party all weekend long and drink up as much Dwele as you’d like and make sure you support him by going out and buying his now!