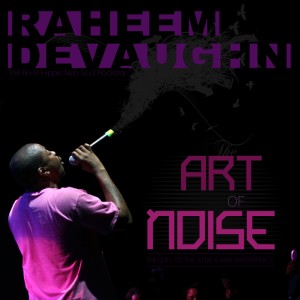 Raheem Devaughn has done it, as he said he would.  He released the new 19 track mixtape “Art of Noise” on June 15th.  This is a prelude to his upcoming album this fall, “Love and War Masterpiece”.  As the King of Soul Mixtapes, he truly believes in giving fan what they want, music.  Along with releasing the new mixtape, he also announced his entry on to Twitter, and new collaboration site for 368 Music Group, with the artists Philade and Dre The Mayor.

To download  the mixtape go to 368 Music Group to enter email address, to receive the downlink. After you download, come back and tell us what you think.