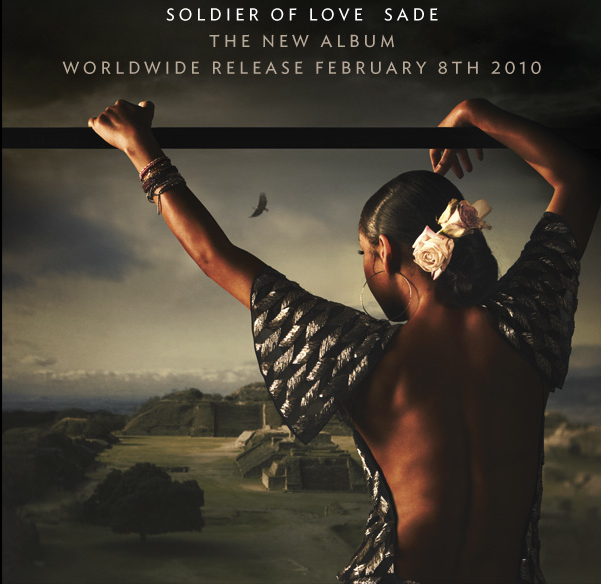 Well…… It finally happened.  Sade has announced the date for her album, Solider Of Love.  It has been dated to release February 8th, 2010.  You can pre-order the album from Amazon.  I haven’t seen an iTunes pre-order link yet.  I’m not going to bore you with how long it’s been since her last album (9 years). Not even going to talk about how old she will be when the album is released (51 years old).  Or that her first album came out in 1985, and rocked the world.  What I will say, is that I will be giving away a few albums to celebrate this great day. :)

Sade Adu and her band mates have been in the studio since June, in the UK.  They completed recording in October.  I have a great feeling about this album.  If you remember Maxwell had heard an early version album, and said “Trust me, it’s so monolithic it’ll shake you in your shoes!” Go ahead and do your happy dance, we’ve waited long enough.