If you are like me, then you know that July is a hot month in the music scene. Coming up on the horizon is a project from a producer who has been putting it down on the soul scene for years. On July 27th the new project from Zo! “Sunstorm” will hit the shelves.

If you are lost to whom Zo! is you must have been hiding under a rock. From Zo! and Tigallo Love the 80’s to the Grammy nominated “Leave it All Behind” from Foreign Exchange. Zo! has been part of some of the best soul music released over the last few years.

“Sunstorm” will feature an amazing line up from Yahzarah, Phonte from Foreign Exchange, Eric Roberson, Jesse Boykins III, and Sy Smith. Sy is featured on the first single “Greatest Weapon of All Time”.  It is a nice laid back up-tempo jam to get the party started.

Just based off of the 2 singles released, “This Could Be the Night” being the other, “Sunstorm” is shaping up to be an instant classic. If you can’t wait for something from Zo!, download two of his FREE projects if you have not already, [Download not found] and [Download not found].

Pre-order the album and look for Zo! and Foreign Exchange to hit a city near you.

Yahzarah has released her first video for her new album “Ballad of Purple Saint James”.  The name of the single is “Why Dontcha Call Me No More”. The intro for the video has a very 80’s feel to it, and it also stars the members of Foreign Exchange. Once that 80’s flashback ends, the real video emerges.

Here is a bonus.  This is one of her other tracks from the same ablum, titled “All My Days”, featuring Darien Brockington.  They really make agreat duet in this song.  Enjoy.

It’s a new year, and the party is over.  Now it’s time to get back to business.  The past few months have been kind of dry on the retail music front.  It looks like Spring 2010, will change all that.

New Amerykah Part Two (Return of the Ankh) By Erykah Badu (February 23): Everyone is awaiting this follow up album to New Amerykah Part One.  Here is how Erykah Badu describes the album “I called it ‘Part II: The Return of the Ankh’ because this album is the sister of the left side of my brain — it is the right side,” Badu explained during a listening session this week at New York City’s Chung King Studios. “‘Part I was the left side of my thoughts — it was more socially political and my thought process was more analytical. This time there wasn’t anything to be concerned with — the album is more emotional and flowy and talks about feelings. It reminds of the days of ‘Baduizm’ — this is just about beats and rhymes in a cipher.”

The Love and War Masterpeace by Raheem DeVaugh (February 16)

Milk And Honey By Goapele (spring)

Purple Saint James By Yahzarah (spring): With this upcoming album, being her third, I really feel music blossoming.  After listening to her two previous albums, and then to her “The Prelude” EP, it’s a whole new world.  So, personally I can’t wait for the album, so I can really enjoy this musical phoenix.  She has also signed with The Foreign Exchange Music, so you know that all add extra goodness to the production.

James River By D’Angelo (spring/summer): People have been talking about this album for a year or two.  It will be ten years since his last album.  A tour is also rumored this summer.  The whispers have been getting stronger lately, with the news of the artists that he has working on the album.  This is what his manager said of those collaborations,” “James River,” D’Angelo’s first studio effort in nearly 9 years, is also sporting a collaboration with Gnarls Barkley’s Cee-Lo Green. Green joins Raphael Saadiq, Mark Ronson, and Roy Hargrove, who have already contributed to D’Angelo’s forthcoming album.”  It has also been reported that he is teaming up with Prince.

Darien Brockington (unknown): This release would be his second solo album, after “Somebody To Love”. The wait just got a lot harder with his latest EP “Cold Case Files“. 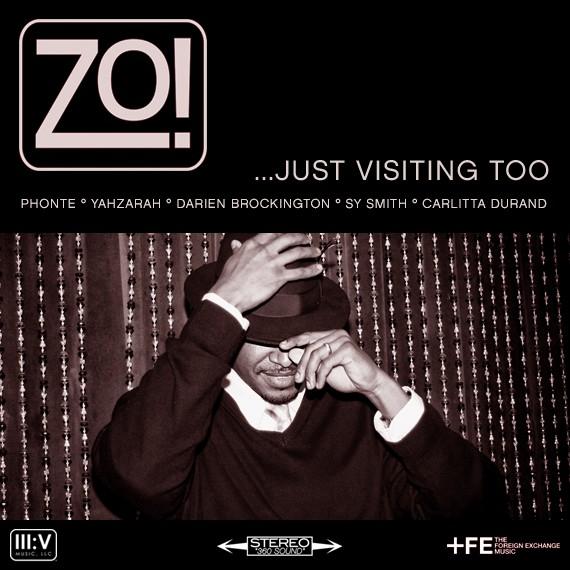 This is turning out to be a great day for free music. I should be shot for not having an Artist Spotlight on Foreign Exchange yet. Anyway, this great group has done covers of fellow label mate, Zo! His album “SunStorm” will be released soon. To pay tribute to that, FE has put together and EP with the likes of Yahzarah, Darien Brockington, Phonte and others. This is a free EP which serves double duty. It exposes you to the muisc of Zo! and the style of FE. You can download the album here or Soulified’s backup link. Enjoy.