Black Porcelain has released her truly independent self finance album.  We first wrote about her in 2011 when she released a remix of Butterflies. Then in 2012 when she released the video of “Today Is the Day”. To this day I still love this song.  Which listening to “Invincible Summer”, I was very happy to hear it as the first track.  Kind of a feeling of being at home, and put me in comfortable place with this new material.

As I said the first song is “Today is the Day”.  It’s a very deceptive song. It’s the most upbeat positive “Get the Hell Out” song I have every heard.  The simple yet effective piano keeps the song very light and positive.  Most other singers in the genre would and have made this subject more dark than it should be.  That’s why for me it’s very refreshing to get her take on this type of song.  Also the horns arrangement on the song is excellent.

The next two tracks “Aching Head” and “Hot Pink” continue the strong start of the album.  With “Aching Head”, the bass guitar plays big part in establishing the tempo of the song.  Which could be taken as a drinkers anthem. lol.  In the song “Hot Pink”, her voice really stands out and takes over the song.  In doing so, you realize something.  That the first three songs are not similar at all, and Black Porcelain’s voice handles each distinctly and masterfully.  You don’t notice her voice strain, or reach areas where she is uncomfortable.

The album continues with song after song that describes her on her Journey.  Each song is a glimpse into that journey and her life, which makes this album very personal and meaningful.  This album has many reasons why I love independent artists.  I feel that each fan, album purchase and “like” helps that artist accomplish their dreams, which is repaid by more music for the fans.

The lovely and talented Conya Doss has released her newest project upon  the world.  It’s been about a year and a half since her last release “Blu Transition”.  She has crafted her sixth album with the same Soul, inspired writing, and great voice that has been pillars in all her music.  From her debut album of “A Poem About Ms. Doss” to “Pocketful of Purpose”, they all exhibit a genuine and solid sound.   This wonderful music is even intensified, with her being a teacher in Cleveland.  That shows a a dedication to both that is early seen.

The album doesn’t disappoint in any way.  If you are old fan or this is your first time learning her name, you will have much to appreciate and love in this album.  Some my favorites of this album are “Paradise”, “Don’t Change” and “Lost”.   For the first two, you can listen to “Paradise” and watch her first video release from the album, “Don’t Change”.

You can learn more about Conya Doss and also purchase the CD version of the album right from her site.  You can support an artist greatly, by purchasing directly from the artist.  If you are looking for the digital version, check out iTunes.

Maysa has released her latest album “Motions of Love” last week that is already holding the #1 spot on the R&B charts for iTunes.  This being her 9th solo album, I feel it’s one of her best.  I’ve been a fan of hers since the album “All My Life“, which was released in 2000.  I have been a willing captive of her voice, style and beauty since then.  With this latest album, it seems that has a more Neo Soul or relaxed Soul feel than previous albums.  I love it.  Her first single to be released is “Have Sweet Dreams”.  It was co-written by Stevie Wonder.  Which is a huge deal by it self.  Listening to the song, you can definitely hear where Stevie Wonder left his mark on the song. You can listen to the song below, but please don’t stop there.  The whole album needs to be heard to appreciate the complete, total experience Maysa is offering to you.

I’ve always had a secret love affair with Tracy Cruz’s music.  From the her first release in 2005 of “Illuminate Love” EP (that’s very hard to find), then on to her lovely “Feel’osophy” in three years later.  Now that  love grows with her new album “Universoul Symphony”, but I can’t keep it a secret any more. When her music and I first met, I thought it was too good for me. lol.  It wasn’t until “Feel’osophy”, that I really understood her music and could appreciate the “Illuminate Love” EP better.  Here is a video of her describing the creation of the new album, which gives you a very intimate look at her, her music and life.

Her new album is the best that I have heard her yet.  The best way for me to describe it, is as an uncomplicated spacial rhythm that wraps you in the blanket of her unyielding ranged voice, that holds you from “Soundation” to “Struggle Reprise“.  Just beautiful. My two favorite songs of the album has to be “Electricity” and “Love’s Galaxy“.  I think that “Love’s Galaxy” really showcases her voice and spot on production that’s contained on the album.  There is a whole feel to the album, that blends greatly with the whole Universoul and galaxy environment Tracy sets up.

As I wrote this article, my respect grew for Tracy Cruz and her music.  As a music lover you can love the music, but not fully understand the artist or what they are trying to present to the world.  With Tracy Cruz, you get a more complete view of what she is doing and trying to to show you through her music.  Nothing is hidden, all is there for you to absorb and allows you to get more insight and appreciation of her music and art.  Give her and her music a chance, starting with “Universoul Symphony”. You will be thankful that you did.
https://www.soulified.com/wp-content/uploads/2011/10/tracy.jpg 300 930 BB8Finn https://www.soulified.com/wp-content/uploads/2013/04/soulified-logo1.jpg BB8Finn2011-10-05 11:21:132011-10-05 11:21:13Tracy Cruz's Universoul Symphony Dazzles 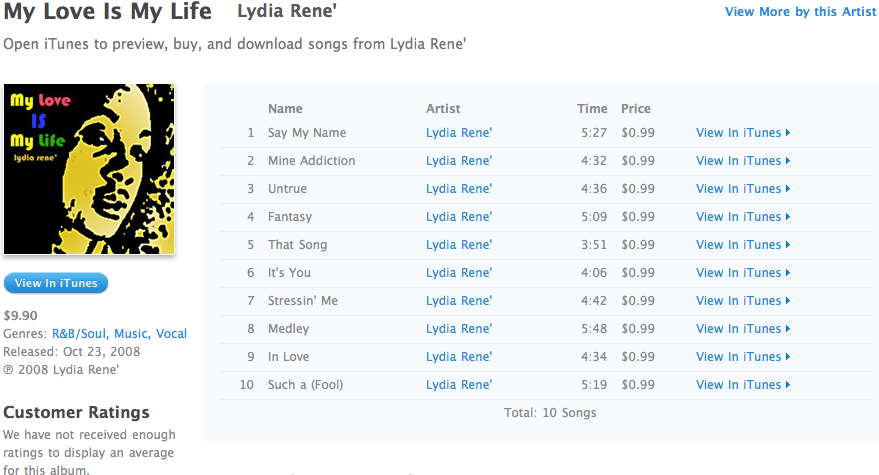 Just a little FYI.  iTunes has added a new feature called iTunes Preview.  It allows you to get the same info from the direct links to the iTunes store, even if you don’t have iTunes installed.  It will show you a web page with the same info.  Pretty neat.  I know not everyone likes or uses iTunes.  So, from now on I will be using iTunes links when ever possible.  I was preferring to use Amazon links, but since the year that I’ve had Soulified up, I’ve made $1.20 from Amazon.  So,  I know two things.  I’m doing this site for the love, not the money.  Also it’s not worth the effort to get the special Amazon links.

Sabrina Starke is a Dutch Soul artist from Rotterdam, Netherlands. She started making her moves into the industry when she joined a Raggae band. In 2005 she decided to move on with her solo career. She has a very unique mixture of Jazz, Soul, R&B and a dash of Folk. She recently recorded her debut album “Yellow Brick Road” in California with Dutch producers, Chris Kooreman and Edo Plasschaert. The album was released in the Netherlands October 1st. Her first single “Do for Love” was an instant hit in the Netherlands. Listening to the album, I see vivid and also subdued flashes of various styles. This defeintly doesn’t have the sound of a debut album. It has a very cohesive feel, that is also polished, but not overtly.